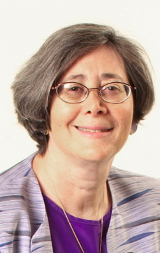 Changing evidentiary policy to make it easier to convict rapists and child abusers has been high on the agenda of many feminists who have decried the difficulty of holding such perpetrators accountable, even when they commit serial crimes. In 1994, in a well documented trade, Congress adopted Federal Rules of Evidence 413-415 as the quid pro quo for securing the deciding vote necessary to pass the then pending Violent Crime Control Act. Rules 413-414 specifically permit propensity evidence in sexual assault and child molestation cases. Professor Aviva Orenstein investigates how these rules have been (mis)applied in federal court. Her thought-provoking essay decries the disproportionate use of the rules against Indian defendants, and suggests the repeated presence of negatively stereotyped Indian defendants may actually help perpetuate the myth that rapists are easily identified “others,” an attitude that makes acquaintance rapes incredibly difficult to prove. She also suggests that stereotyping reinforces the propensity evidence and may lead judges to more willingly accept character evidence beyond sex crimes,

Orenstein has been influential in applying feminist jurisprudence to evidentiary issues, not only concerning topics that are associated with women’s issues such as rape and domestic violence, but also in contexts where the link is less obvious, such as apologies by doctors. Previously, she critiqued the use of propensity evidence in No Bad Men!: A Feminist Analysis of Character Evidence in Rape Trials, 49  Hastings L.J. 663 (1998), suggesting such evidence violates feminist values and presenting alternative evidentiary solutions to strengthening the government’s case. Like her, I view myself as a feminist who is sympathetic to the plight of victims of rape and child abuse, while remaining sensitive to issues of fairness and constitutional rights of criminal defendants. Thus, I knew this article would analyze difficult questions such as whether stereotyping of Indians1 is encouraged by the propensity rules, and why these rules do not necessarily further feminist goals.

The adoption of these rules was decidedly unpopular with most academics (including me) and federal judges. The Federal Judicial Conference even wrote Congress disapproving the lifting of the prohibition against character evidence. The hostility to character evidence is based on the fear that it will shift the jury’s focus from what a defendant did in the specific case to who the defendant is. The twin evils of character evidence are typically described as overvaluation of previous bad acts because jurors assume if the defendant did it once, he must have done it again, and devaluation of the defendant’s presumption of innocence because he is a bad person.

While evidence rules concerning the introduction of prior acts on such issues as intent and lack of consent have always been applied flexibly in rape and child sexual abuse cases, and some states had retained a common law “lustful disposition” exception in child molestation cases, Rules 413 and 414 dropped any pretense that such evidence had to be narrowly construed or that jury instructions would constrain their application. Several scholars argued that such a giant step should not be taken in light of the relative rarity of sex crimes in federal court. In other words, the only sex crimes not prosecuted in state court were those committed on federal land or in “Indian Country.” None of these arguments dissuaded the proponents of the rules, who frankly admitted that they were drafted as a model for states to follow, not merely to govern the few cases that fell within federal jurisdiction.

Orenstein sets the stage by discussing what she calls the application of “Rule 403 lite,” the rule that ostensibly giving judges the power to exclude propensity evidence when unduly prejudicial. In actuality, she finds federal judges rarely preclude evidence of other sexual acts because they require defendants to demonstrate more than mere propensity to establish undue prejudice since the policy behind the rules is to highlight the probative value of propensity even when the previous acts did not result in conviction. Thus, undue prejudice must typically be supplied by the graphic nature of the previous act, or its complete dissimilarity to the charged crime. Ironically, due process attacks on these rules have failed in federal courts based on the availability of Rule 403, despite its eviscerated scope in the Rule 413-414 context. The disproportionate impact of these rules making conviction of Indians charged with sex crimes easier has been viewed by courts as a “quirk of federal jurisdiction” that cannot satisfy an equal protection challenge due in part to the lack of intentional discrimination.

Orenstein’s survey of the Rule 413-414 jurisprudence found approximately 120 cases, with about half arising from “Indian Country” jurisdiction, of which the vast majority affirmed the admission of propensity evidence under the abuse of discretion standard. Half of the remaining cases were in military court. She observes that Indians are often identifiable by their names in the federal cases, and their location in Indian Country is mentioned in the procedural history, unlike state cases where the ethnic or racial background of the defendant is not typically relevant. Orenstein does not disguise her general distaste for the propensity rules, but is particularly troubled that the jurisdictional impact on Indians is “unfair and unseemly” given that these propensity rules have not generally been adopted by the states. As a result, Indians are disproportionately subjected to the introduction of character evidence, leading to convictions in some cases where the evidence is otherwise weak, even when the previous molestations allegedly took place as long as 20 years earlier. She argues that this is a serious issue for evidence teachers who should acknowledge that Indians are appearing as child molesters with some regularity in the casebooks and class discussion. This suggestion by itself is an eye-opener that confirms the value of this article.

Orenstein views propensity evidence as reinforcing negative stereotypes of Indians as a disadvantaged and historically despised minority, thereby distracting the jury from the facts of the case. She considers propensity evidence as more problematic than admission of bad acts admitted under Rule 404(b) for issues other than character, since Rules 413-414 directly encourage the jury to think in terms of character. Thus, such evidence emphasizes the otherness of a group that has history has portrayed as “dangerous, drunk, and uncivilized.” Moreover, patronizing attitudes such as “white man’s burden” may be invoked to “civilize” Indians since many child victims are members of the defendant’s extended family, a domestic arrangement that is sometimes denigrated in the decisions. Similarly, her examination revealed gratuitous references to signs of poverty as well as negative views of mothers whose children were molested. She also found excessive references to alcoholism beyond anything relevant to describe the crimes. Indeed, Orenstein identifies some blatant examples of such stereotyping that she fears makes it easier for jurors to ignore the individual defendants in favor of adopting heuristic shortcuts that may infect the deliberative process by encouraging jurors to discount evidence that contradict negative stereotypes.

What I particularly appreciated about the article was that Orenstein did not downplay that the victims in these cases are Indian women and children who are more likely to be raped or sexually assaulted than other females in the United States. She explains that Indian women also face stereotyping that can lead to discounting their testimony, and discusses their no-win dilemma that can result in their complaints further stereotyping their entire culture. Importantly, Orenstein suggests why propensity may harm victims. She cites reports implying prosecutors appear reluctant to bring charges in sexual assault cases arising on reservations, and argues that the propensity rules may furnish a convenient reason for prosecutors to refuse cases without evidence of prior sexual crimes.

Finally, she contends that overrepresentation of Indians in federal sex crime cases may reinforce propensity thinking more generally. As previously mentioned, federal judges may find character evidence more appealing since its repeated application to negatively stereotyped Indians reinforces the view that sexual abusers do not come from every segment of society, but rather are easily identified as “others.” Victim advocates have long noted that this myth is a real hindrance to changing attitudes towards acquaintance rape, since those defendants rarely fit the stereotype of sexual predators. Thus, Orenstein’s argument turns propensity on its head, harming rather than helping rape victims because it can perpetuate the myth that sexual perpetrators are identifiable monsters, not otherwise ordinary men. Orenstein concludes by taking a quick look at propensity in military decisions. She notes that these cases appear to be somewhat less accepting of propensity evidence, but the fact that they tend to involve rape of adults, while Indian case mainly involve children may account for some of the difference, and she urges more research on this topic.

While we may never know how many cases result in acquittals when federal judges exclude propensity evidence, or conversely how many pleas result because of propensity evidence, that does not diminish the considerable presence of Indians in the propensity jurisprudence. Similarly, even if Orenstein tends to paint the worst case scenarios, they are disproportionately occurring to Indians. Most significantly, in a world where feminism is often portrayed as a monolithic movement, she offers a more nuanced feminist approach to evaluating evidentiary policy that takes both victims and defendants into account.