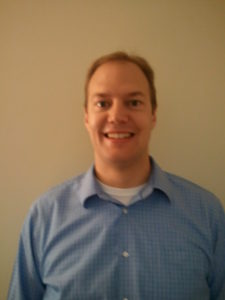 As his title suggests, Professor Michael J. Kelly offers a sound legal argument for prosecuting corporations for genocide under international law.  While there is much to admire about this article, perhaps its greatest strength is the straightforward manner in which Kelly systematically refutes possible challenges to his position and the even-handed tone Kelly employs when discussing the often divisive topic of corporate regulation.  Rather than resorting to polemics or incendiary rhetoric, Kelly begins with the basic premise that “anyone who commits genocide should be held accountable” (339).  Noting that international law holds individuals, states, and organizations accountable for genocide, Kelly asks simply: “Why not corporations” (339)?

Kelly grounds much of his argument for prosecuting corporations for genocide on the lack of distinction between a legal and natural person in the 1948 Genocide Convention (339).  Applying the interpretative framework set forth in the Vienna Convention on the Law of Treaties, Kelly moves from the treaty text to the travaux preparatoires, where he finds no definitive evidence that delegates intended to include or exclude corporations from the treaty’s reach.  Still, citing the “plain meaning of the term ‘persons’ at the time” and the drafters’ decision not to delineate between legal and natural persons, Kelly argues that corporations should be considered persons under the convention (346).  He bolsters this argument by noting an accordant view from Harold Koh, Legal Advisor to the U.S. Department of State, and by appealing to our basic sense of fairness to recognize that the unprecedented growth and influence of corporations requires a similar level of responsibility (347).

Kelly uses the bulk of his article to refute challenges to his position that corporations can and should be held criminally responsible for genocide under existing international law.  He demonstrates that corporations are subjects of international law (343–45), subject to the Genocide Convention (345–47), and can form the requisite intent necessary to support a charge of genocide (357–61).  Kelly also discusses the application of vicarious criminal liability to corporations in relation to a charge of genocide, focusing on the doctrine of command responsibility (348–56) and to a lessor extent respondeat superior (356–57).  Finding command responsibility to be the most established doctrine of vicarious criminal liability, Kelly concludes that this doctrine “holds the most promise for application to corporations under international law” (348).  This is a key point.  Providing complicit or indirect support to actors engaged in genocide or other atrocities deserves prosecution and punishment just as much as active participation.  Kelly simply asks that corporations be held accountable for such actions (349).

What is perhaps most distressing about the lack of meaningful corporate regulation is the striking disproportionality of increased corporate rights compared to corporate responsibilities.  Kelly rightly criticizes this disproportionality, noting corporations enjoy significantly increased rights—most recently freedom of speech (340, citing Citizens United vs. FEC, 558 U.S. 50 (2010))—and staggering economic clout (341).  Corporations, however, are not subject to anything near a corresponding level of responsibility (340–41).  Such an imbalance requires correction.  But, as Kelly notes, while many commentators recognize the need for a recalibration of corporate rights and responsibilities, the law has not met this challenge: “As the relative economic and political power of corporations expands, there is increasing recognition that corporations should bear greater responsibility for their actions; however, the law has yet to evolve in this direction” (341).

Going to such lengths to demonstrate that corporations can and should be held legally accountable for genocide is both necessary and absurd.  It is necessary because of the legal and political climate that largely excuses corporate crime and malfeasance.  It is absurd because arguing that legal fictions such as a corporate shell and veil effectively shield an organization from prosecution for the crime of crimes is nonsensical and callous.  Here, Kelly rightfully criticizes the legal academy for failing to address the role of corporations in genocide, atrocities, and other human rights violations.  “‘No one seems to know what to do about it.  It almost seems as through a certain level of corporate crime is just assumed as a real-life ‘cost of doing business’” (342, citing Robert A.G. Monks & Nell Minow, Corporate Governance 29 (4th ed. 2008).  Such a view exemplifies a failure to do justice.  The cost of doing business cannot include excusing criminal actions.  Moreover, given the economic and political power of corporations, ending corporate impunity is every bit as necessary as ending state impunity to achieve a truly just global order.

Although well-reasoned and engaging, Kelly’s article does contain one shortcoming.  While genocide is a prosecutable crime before the International Criminal Court (ICC), International Criminal Tribunal for the Former Yugoslavia (ICTY), International Criminal Tribunal for Rwanda (ICTR), and Extraordinary Chambers in the Courts of Cambodia, none of these judicial organs have jurisdiction over legal persons.  Kelly’s argument relies heavily on the non-delineation of legal and natural persons within the Genocide Convention and the inability to prosecute legal persons significantly undermines his position.  While Kelly finds that “this situation can be easily remedied” (362) and notes former ICC Chief Prosecutor Luis Moreno Ocampo’s support for holding corporations accountable for genocide as a counterpoint (362), these remarks do not address this issue in an entirely satisfactory manner.

Kelly’s remedy is to ask the United Nations General Assembly to seek an advisory opinion from the International Court of Justice to resolve the matter.  While this solution is eminently reasonable, it does not address the current inability of international criminal courts and tribunals to prosecute corporations.  Although problematic, this point is hardly fatal to Kelly’s argument.  As he notes, despite the jurisdictional limitations of the ICC and the ad hoc tribunals, international law certainly does not preclude the prosecution of corporations for genocide (365).  In addition, domestic courts may also allow for such prosecutions.  Since the prevention and prosecution of genocide constitutes a jus cogens norm, any state may prosecute a corporation for genocide if the relevant legal system can hold corporations criminally liable.  Here, Kelly points to Canada’s Crimes Against Humanity and War Crimes Act as the best example (365).  Admittedly, such prosecutions are likely to be uncommon, but it is important to realize that prosecuting corporations for genocide is possible under existing international and domestic law.

Professor Kelly’s article deserves serious attention from the international criminal law community specifically and international legal scholars and practitioners broadly.  As he makes clear, prosecuting corporations for genocide is hardly a radical legal tactic.  Rather, it is a logical step supported by the development of modern international criminal jurisprudence beginning with the International Military Tribunal at Nuremberg, the International Military Tribunal for the Far East, and the war crime trials that followed World War II (352–53), and continuing through the ICTY, ICTR, and the ICC (358–60).  Kelly concludes by noting that corporations have received “vast latitude” to “pursue profits and increase trade,” which has benefited “people all over the world” (367), but that “darker chapters have also emerged in this larger success story” (367).  Holding corporations accountable for these darker chapters—particularly genocide—is necessary if we are to do justice in a meaningful sense.  This article offers an insightful and pragmatic first step in finding a reasonable balance between corporate rights and corporate responsibilities and in addressing these darker chapters.