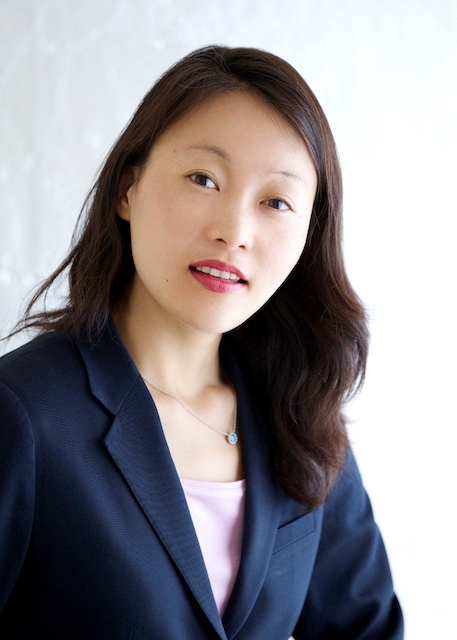 If you seek inspiration in these times of debilitating negativity toward the law and lawyers, read Gilbert King’s Devil in the Grove. A student who represents the best in the law’s future gave me the book. The gift was far greater than the bound pages or the pleasure of an engrossing weekend. It was a renewal of awe at what the law and lawyers can do to rescue people and change hardened minds and hearts in atmospheres of fear, loathing, and violence.

After Devil in the Grove has inspired you with its excellent history of our recent past, I recommend reading works by two outstanding junior scholars, Allegra M. McLeod and Daniel I. Morales, who are imagining our future. What I love about all three works are the accounts of how law can save as well as destroy and the lessons about how to change mindsets, not just the laws on the books.

First let me begin with the inspiring and horrifying journey into our past: Devil in the Grove. Real-life heroes more magnificent than fiction. Thurgood Marshall, Jack Greenberg, Franklin Williams, and other lawyers risk their lives to defend wrongly accused black men in Southern towns where lynch mobs and children pose grinning next to murdered black men. Marshall is a miracle worker and savior, even securing acquittals in communities astonished at seeing a black lawyer talk in court “as if he were a white man.” People living in fear of mounting racial violence pray and yearn that the legendary lawyer will come protect and rescue them.

Not every case ends in salvation; too many do not. This book focuses on one such case of alleged rape that ensnared four young black men. I will refrain from too many spoilers. Just this: Even when Marshall does not win, he succeeds in changing grizzled, hardened minds, including a memorably drawn old prosecutor, aptly surnamed Hunter, who realizes too late that he was not doing justice and tries to rectify the situation.

Dreamers who hope to transform hardened institutions have much to learn from the brilliant pragmatic tactician Thurgood Marshall. He was disciplined and careful in his selection of cases, for example, limiting representation to the wrongly accused. He took steps incrementally like a chess master who sees many moves ahead. He knew when to dance with powerful law enforcement officials such as J. Edgar Hoover and when to press for action. He held fast to his pragmatic plan for successful change, even against accusations that he was “craven” in moving incrementally. He had a gift for reaching rather than further alienating people of dramatically different worldviews. Hunter exemplifies the power of change. Though a “terrible racist,” he marveled after facing Marshall in trial, “Boy, that’s a great man.”

To criticize and shout for change is common. To create or rebuild something better takes rare brilliance and the talent and pragmatism to speak across the spectrum of worldviews. The lawyers in Devil in the Grove built something greater in the swamps of the basest of human impulses. We live in a much better society because of these great lawyers, who transformed law from a hostage of violence to an instrument of salvation.

Now let’s turn to our present and future. The works of two star junior scholars, Allegra McLeod and Daniel Morales, are fascinating to read after the rousing tales of Devil in the Grove. We have come a long way from the violence-drenched backwoods of our history, but McLeod argues that we have much more to do. She seeks alternatives to “conventional criminal regulatory approaches . . . with all of their associated violence” for communities under surveillance, the incarcerated, and victims of serious crime who risk re-traumatization in adversarial criminal adjudication.

In a recent essay building on prior excellent work, McLeod surveys promising, albeit “unfinished alternatives.” By unfinished alternatives, McLeod means attempts “to change the existing state of affairs through an intervention that is partial, incomplete and in process.” She draws on the work of Norwegian social theorist Thomas Mathiesen, who wrote that “any attempt to change the existing order into something completely finished, a fully formed entity, is destined to fail” because it will be viewed as unrecognizable, implausible, and “disregarded as permanently ‘outside.’” As Thurgood Marshall wisely knew, incremental moves can lay the foundation for a transformation without being crushed at the outset.

McLeod discusses several examples of promising approaches, such as epidemiologist Gary Slutkin’s Violence Interrupters strategy, which draws on epidemiological insights for the management of infectious diseases. The goal is to disrupt the spread of violence through targeted interventions in sites of likely eruption through community-situated educators. For more examples, read McLeod’s essay and the work of the innovators profiled such as Mark A. R. Kleiman’s excellent book When Brute Force Fails (2009) or David M. Kennedy’s rousing Don’t Shoot (2011).

Writing in another polarized context, immigration scholar Daniel I. Morales offers important insights about the need to address people’s perceptions, not just abstract laws. Morales illuminates how harsh laws are symptoms of underlying social resentments and a sense of being besieged that may be further inflamed by reformist efforts that ignore or dismiss—rather than address—such perceptions.

So how might reformers begin to address entrenched perceptions? Here Morales’s ideas are a creative twist on the strategies that civil rights reformers like Marshall used—even as he is careful to distinguish the situation and history of African Americans in the United States from undocumented immigrants. Morales argues for beginning the work of perception change at the ground level rather than focusing on the Supreme Court, the President, or Congress. One of his ideas is allowing citizen juries rather than immigration judges decide whether long-standing resident immigrants should be deported.

I am still chewing over the idea and you may too. While one may muse about feasibility, Devil in the Grove reminds us of the educative and potentially mindset-changing power of courageous lawyers willing to enter communities to try to change hardened perceptions.