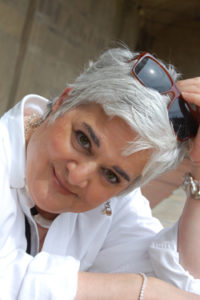 In March of 2016, Cambridge University Press published the American volume of the Feminist Judgments (FJ) series. This tome was preceded by the Canadian, Australian, and Northern Irish editions which rewrote High Court decisions and opinions from the International Court of Human Rights. The American edition follows the same tradition as previous volumes, articulating legal precepts and theories drawing from feminist jurisprudence as well as critical race theory. The subject areas covered include pay equity, marriage, work, occupational options and limits, benefits, reproductive justice and sexuality. What ties these areas together is the issue of gender [in]equality as constitutive of both law and culture.

This book is a fascinating read, because contributors drew from practice as well as theory, creating a philosophy of law which not only incorporates social justice principles but the effect of law on the lives of people. Authors refrained from “theory-speak,” and the plethora of footnotes that plague student edited law reviews. Thus, writing flows, it is crisp and it is passionate; passionate because the subjects discussed touch at the center of what it means to be human and female.

As Stanchi, Berger and Crawford, editors of this edition, point out, the rewritten decisions and accompanying commentaries, could have changed the direction of law in a way that “increase[d] the judicial capacity for social justice.” Indeed, diversity of thought and experience can produce juridical opinions which reflect experiences shaped by myriad identities, including gender and sex. The editors and authors put to rest the tired and false notion that judges, including those who sit on the Supreme Court, judge from behind a shield of neutrality and detached objectivity; rather articulation and protection of rights are shaped by “assumptions and expectations of norms relating to gender, sex, race, and class.”

In the rewritten opinion of Lawrence v. Texas, Ruthann Robson apologizes for the Court’s decision in Bowers. It is a stunning reaffirmation of how law not only shapes and reifies culture, but also it has a very distinct impact on the lives of Americans. She reminds her colleagues on the Court, and derivatively, the lower courts and the profession, how legal opinions shape social perceptions and harm or enhance the quality of life of discrete groups of individuals.

If one reads Bowers and then Lawrence, one has no idea of Michael Hardwick’s life post Bowers, or how the Court’s opinion hardened not only attitudes about homosexuals but criminalization of homosexual intimacy and of the LGBT community. Following Bowers, lesbians lost custody of their children, an assistant attorney general in Bower’s office was fired, and the primacy of religious belief was a sword severing LGBT persons from fundamental rights of liberty and equality. Between Bowers and Lawrence the pain associated with the former ruling was at once palpable and deeply felt by one segment of American society; moreover, the effect of Bowers was endorsement of the sexual “otherness” of LGBT community in both law and culture.

In identifying and naming Bowers‘s emotional, physical and legal damage to gays, lesbians and bisexuals, Robson memorializes how the legal canon collaborates with establishing otherness whether based on race, sex or gender. Robson’s opinion in Lawrence is the apology African Americans, women and Japanese Americans deserved following Dred Scott, Muller v Oregon and Korematsu.

If the American iteration of FJ follows the acceptance of the European and Candadian volumes, we may see language from the rewritten cases in subsequent decisions, statutory enactments and policy. Since the American FJ not only treats feminist jurisprudence as foundational, but also used human rights law, someday we may actually read in law and policy that, “Women and LGBT rights are Human rights and Human Rights are Women’s and LGBTQ rights.”

Feminist Judgements provides grist for the equality mill. Both lawyers and those who are dancing with feminism should have it on their bookshelf.

A girl can dream.

Editor’s note: Professor Miccio contributed a chapter to Feminist Judging, but was involved with neither the selection or editing of the chapters she discusses here.