Is E-Carceration a Problem? Confronting the Shortcomings of Technological Criminal Justice Reforms 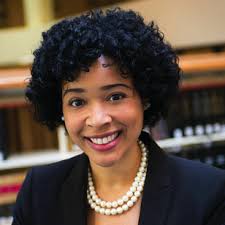 Chaz Arnett’s powerful article, From Decarceration to E-Carceration, forthcoming in the Cardozo Law Review, argues to the contrary. He asserts that the expansion of electronic monitoring devices in community corrections threatens to entrench the most deleterious effects of mass incarceration – its operation as a mechanism of social stratification and racialized marginalization–without reducing the expanding footprint of the carceral state. Because his novel contribution reframes how we engage with the introduction of technologies as criminal justice reform, this is a must-read piece for those interested in resolving the problems of mass incarceration in the United States.

Electronic monitoring is emerging as a staple intervention at various points in criminal justice administration, including juvenile justice, adult pretrial detention, and adult post-conviction punishment. Electronic monitoring is not new; states have used radio frequency monitoring for decades as a part of community corrections. However, recent advances in technological infrastructure in society along with growing momentum for criminal justice reform more broadly make the devices appealing for state and local criminal justice administrators to use as an alternative to incarceration. After decades of increasing reliance on incarceration, these devices appear a key component of “decarceration” efforts meant to decrease reliance on prisons and local jails.

Arnett’s article truly sings when he explains how this technological reform may deepen social stratification endemic to the phenomenon of mass incarceration. He illuminates how electronic monitoring is a form of surveillance and surveillance operates as a mechanism of social stratification. It encourages those who are most marginalized from society to persistently avoid public resources like school, health services, and transportation. Unfortunately, lack of access to such resources operates as a barrier to reintegration and long-term disentanglement from the criminal justice system. That surveillance’s harm is most concentrated on marginalized communities ensures that this technological reform will likely exacerbate the carceral state’s racialized effect, too. From a perspective that places reintegration and rehabilitation as central to reform efforts, electronic monitoring may have an opposite effect that at best leaves mass incarceration untouched, and at worst expands its reach.

To be sure, electronic monitoring is not the only cog in this apparent shift toward “e-carceration.” Technological interventions are popular components of many criminal justice reforms at the moment. But technological interventions can distract from deeper structural problems that have as much to do with the expansion of the carceral state as growth in prisons. Worse still, as I have explained elsewhere, it can redefine what we think is right or wrong about mass incarceration all together. To the extent that Arnett engages with electronic monitoring as a solution rather than a problem, his intervention does not go far enough. In particular, his call for more transparency in the adoption of electronic monitoring devices feels unnecessarily pragmatic. It is not clear that empowering people to cope with adoption of the devices democratically can resolve the ambivalent impact devices present sociologically. Arnett is on surer ground when he encourages investment in job training and reentry services in lieu of investment in electronic monitoring devices.

Still, Arnett’s socio-legal critique is a much-needed addition to the literature on technologically-driven criminal justice reforms. By emphasizing how electronic monitoring debates can overlook a bigger picture in criminal justice, Arnett’s article embraces a refreshing approach to this reform. Along the way, he invites any reader to think twice about adopting electronic monitoring as part of a solution to phenomenon of mass incarceration. While there is no “one way” to resolve the dilemmas of mass incarceration, the routes we choose will shape society more broadly. In this sense Arnett’s article illuminates how e-carceration poses a separate question from reducing reliance on incarceration worthy of independent consideration and critique.