Law Schools and the Carceral State 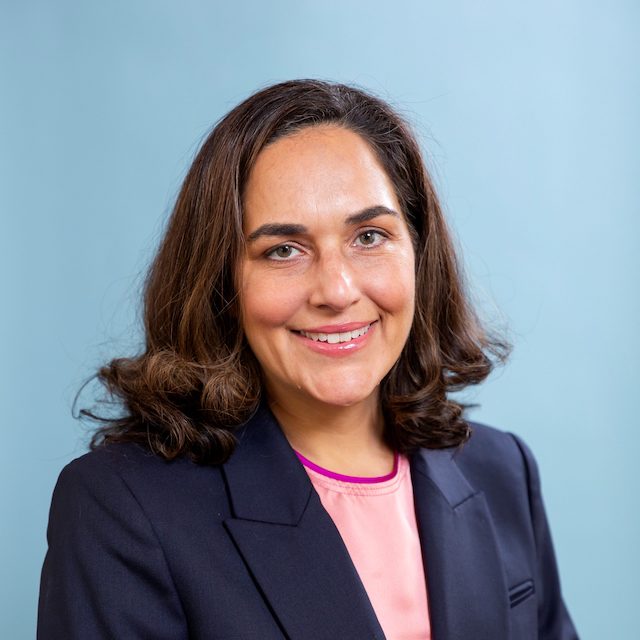 About ten years ago, I was teaching substantive criminal law, and I had a mini-revelation. When it comes to mass incarceration, I was part of the problem. Literally hundreds of lawyers had passed through my criminal law class by then. Some of them were prosecutors, and they were (and are) participating in the project of mass incarceration, adding bodies to the prisons and jails of this country, one person at a time. They are generally smart, decent and thoughtful people, trying to do justice in the context of particular cases in front of them, but they are doing so within a system that is not actually designed to deliver just outcomes. In so doing, they are helping to perpetuate that system. Reflecting on my own role, I had the distinct sense that I had not done enough to provide them with the critical tools they would need to understand and grapple with the realities of their jobs. I was perpetuating that system, too.

Since that time, I have engaged in a painstaking, incremental process of redesigning my substantive criminal law class. The process is still ongoing. Alice Ristroph’s article The Curriculum of the Carceral State, which is both an intellectual history and a practical guide, offers important guidance for me, and for others engaged in this reconstruction process.

Ristroph argues that the legal academy has played an important role in constructing mass incarceration. Her article starts with a history of the substantive criminal law class taught in most law schools today. Here she draws from her own recent article An Intellectual History of Mass Incarceration. She shows how the development of the criminal law course was driven by the desire of Roscoe Pound, and others, to place the teaching of criminal law on the same footing as their more respected common law counterparts.

Scholars like Jerome Michael, Herbert Weschler, Stanley Kadish and Monrad Paulson eventually built a field around the concepts that “crime” involves a category of particularly injurious behavior, which justifies exceptionally harsh sanctions meted out through a system with distinctive procedural protections. In the resulting account, “criminal law is disciplined by internal constraints, logically structured, and necessary to societal well-being—a field of law worthy of academic and professional respect.” Many of the notions hammered out in the first criminal law casebooks were distilled into the Model Penal Code. Ensuing criminal law classes taught the idealized, rationalized version of the criminal law embodied in the casebooks and the MPC as if they were fact, not aspiration. Among other things, the approach these early criminal law scholars designed ignored the role of racism and inequality in structuring the U.S. criminal legal systems.

The disconnect between the realities of the punitive system and the idealized criminal law taught in law schools ever since has had a number of negative consequences. Ristroph assesses the content of contemporary criminal law classes and identifies “several subtly pro-carceral messages that inculcate a view of criminal law as morally and practically necessary, fair and color-blind, and disciplined by internal limiting principles.” Among other things, Ristroph suggests that the legality principle and the presumption of innocence – which provide a foundational framework for modern criminal law casebooks – are virtually inoperative in real life, and that this was the case even at the inception of the Michael and Wechsler casebook that served as the intellectual godfather of contemporary criminal law textbooks. Ristroph also faults the foundational textbooks’ presentation of punishment theory, which “focuses more on reasons to punish than reasons not to.” In the same vein, she criticizes the use of homicide as the archetypal crime, which “reflects and seeks to propagate the [erroneous] view that criminal law’s primary function is to address deeply harmful acts, especially interpersonal violence.” And while a “homicide prosecution is subject to some real constraints, starting with the need to identify an actual victim[,] there is no similar constraint on prosecutions for disorderly conduct, vagrancy, loitering, or an array of other public order offenses,” which are all but ignored in the criminal law textbooks, though they form critical building blocks of mass incarceration. Ristroph also explores the ways that the standard textbooks “obscure [] human agents,” and, in turn, the ways criminal law “operates as a tool of racial repression.”

After exploring the intellectual history of the criminal law class and analyzing the choices made, Ristroph speculates on the practical consequences of these choices. While she is cautious about drawing causal links, she notes the rise of mass incarceration after the development of the existing criminal law canon, and the prominent role of lawyers in the legal developments at the heart of mass incarceration. Throughout the article, she persuasively points out how the coverage and framing choices of criminal law casebooks could be fueling these professional pathologies. Ultimately, Ristroph argues that the standard criminal law casebooks train budding lawyers around a stylize and idealized criminal law that bears almost no relation to anything that is actually happening in criminal legal systems. Consequently, and despite the stated concerns of foundational criminal law scholars with the dangers of overcriminalization, the criminal law class they designed paved the proverbial “road to hell.”

Ristroph’s intellectual account faults the founders of criminal law for their failure to substantively engage criminal law’s human – and discriminatory – dimension. To fully understand how the structural racism and excesses of our modern criminal legal systems have been simultaneously naturalized and obscured by the criminal law class, however, it is helpful to think beyond the criminal law casebook to the broader law school context in which criminal law classes are taught. Among other things, it is useful to reflect on the ways that law schools are policed, both literally and figurative: police officers and security guards monitor these spaces for racialized bodies out of place; admissions and hiring committees apply metrics of merit that are universally acknowledged to have disparate racial impacts that both reflect and compound the effects of societal structural racism.

The racial dynamics and material structures of U.S. law schools directly impact the way that scholars, both in front of the classroom and in it, think about race and the criminal law. Margaret Montoya captured this viscerally in her own critique of law school criminal law classes – the 1994 article Mascaras, Trenzas, y Greñas: Un/Masking the Self While Un/Braiding Latina Stories with Legal Discourse. There, Montoya narrates the ways that students experience the criminal law class, and surfaces some of the haunting ways that race is simultaneously made salient and erased in the law school classroom. Her account, written about her own law school experience in the 1970s, still feels familiar today.

The biases that entering law students have are exacerbated rather than mitigated by the substantive choices made in the law school classroom, as Ristroph beautifully illustrates. They are also reaffirmed by the social dynamics and material realities of law school. Alice Ristroph has provided us with a useful guide for beginning to assess where and how we have gone wrong. Now is a good time to apply this kind of critical lens more broadly, even as we embrace and deepen this critique.