Time’s Wounds: The Criminal Process’s Accounting for Past Wrongs 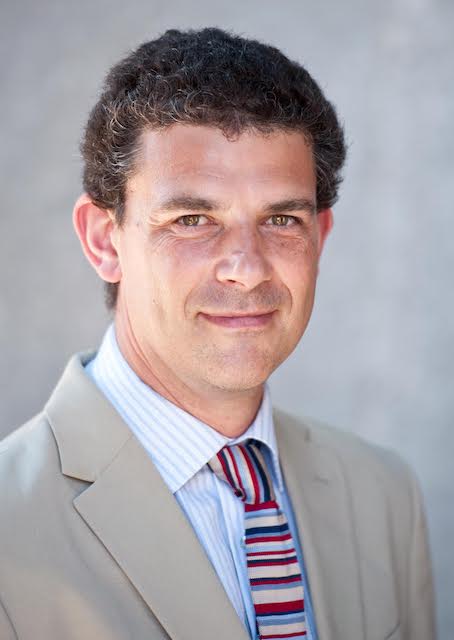 Michelle Madden Dempsey is one of the foremost contemporary analytic philosophers of criminal law, someone whose work engages in deep and important ways with issues of power and oppression located in and expressed through the criminal process. In past work, she has explored the ways in which the institutional role of the prosecutor operates to entrench the victimization of survivors of sexual violence. Another line of inquiry, and one to which this work returns, is the nature of consent in the criminal law and in moral theory, especially consent to sexual relations.

In her article, Coercion, Consent, and Time, Dempsey engages with the #MeToo/#TimesUp movements to “provide conceptual tools for making sense of (and understanding the limits of) three distinct responses commonly offered by those accused of past sexual misconduct: ‘But that used to be okay!’ ‘But everybody used to think that was okay!” and ‘But that was so long ago!’” In separating out these three responses—the claims of justification (I was permitted to do it), of excuse (it was impermissible, but I reasonably believed I was permitted to do it), and of accountability (I knew it was wrong when I did it, but the so much time has passed that I cannot now be held to account)—Dempsey taps into important issues for criminal theory and law more generally. Of particular interest is Dempsey’s focus on the importance of the passage of time.

Criminal law teaching generally pays scant attention to the role of the passage of time in cutting off accountability. Dempsey demonstrates just how strange is that oversight for our notions of criminalization. One, currently popular way to think about criminal law is as embodying the serious condemnation of the polity (represented by the state) for some moral wrongdoing. If the wrongdoer is still around, and if the act was neither permitted nor their conduct excusable, then why should the passage of time make a difference to the community’s power to hold the wrongdoer accountable and demand they make amends? Why is it that on the front end, if the state does not charge an offender within a few years of committing the crime, the offender may evade accountability or amends, whereas if the charge comes within that time frame, accountability and amends may stretch for years through various forms of direct and collateral sanctions?

The passage of time also plays a role in both the (moral and legal) permissibility of conduct and beliefs about the permissibility of conduct. Dempsey points out that conduct that was socially permissible at one time may become impermissible (and vice versa). The wrongfulness norms that guide and explain our conduct change over time. In the context of the #MeToo/#TimesUp movements, the issue is the evolution of wrongfulness norms that structure heterosexual relations. The brilliant insight Dempsey offers us is that these norms are used by people in dialogue with other social norms to structure their lives.

We often think about wrongfulness norms by taking a static snapshot of contemporary and prior norms of conduct. At different times, the same act, considered in light of that norm, may have different meanings. From our contemporary standpoint, we consider the criticized norm—Dempsey considers a norm of seduction in the now-maligned song, Baby it’s Cold Outside—in light of our contemporary mores. That does tell us something: it tells us whether the conduct in conformity with the criticized norm would be acceptable today. But it doesn’t tell us the whole story.

Dempsey’s critical insight is that people act not by simply applying a norm mechanically to guide conduct, but by playing with norms in complex ways. This norm-using activity takes place against background moral, social, and institutional norms which structure our interaction with the criticized norm and between people. Thus, what is from our perspective a morally wrong norm of social interaction, one that from our contemporary perspective should be avoided, might in the context of the norms of the time, take its place in what Tommie Shelby has called in his book, Dark Ghettos, an “impure” act of resistance. That changes not simply the social meaning of some act, but the activity itself.

Dempsey proposes, for example, that the act of seduction in Baby it’s Cold Outside is not the act of sexual predation, coercing an unwilling and less powerful woman into sex. Instead, and understood against the 1949 legal and social prohibitions against fornication, the act is (as the duet format might suggest) a joint, conspiratorial act seeking sexual intercourse despite the social mores of the time. It is, in that case, a joint act of sexually liberated resistance to the norms of sexual pleasure in that society. To be sure, it is an impure act of resistance: we cannot just wish away the structures of sexism and misogyny that determine who has power in this setting and who does not. Nonetheless, sometimes things are a little more complicated (although, on the alternative, predatory reading, sometimes they are not).

Under pressure of space, I shall leap over Dempsey’s fascinating discussion of excuses. The less familiar issues—for a criminal law audience at least—are raised by accountability delayed. These difficult questions revolve around whether the victim of a sexual assault has a duty to call her assaulter to account, and when. One version of time’s importance is to blame the victim for not acting quickly enough. Dempsey addresses these concerns under the heading of the doctrine of laches.

If the statute of limitations provides a formalistic separation of crimes into those that are serious and persistent and those that are not; then the doctrine of laches applies to victims, and separates them into those who act with appropriate expeditiousness and those who “sleep” on their duty to call a wrongdoer to account. Laches, Dempsey suggests, applies, “if the victim was unaware of the wrong, and her lack of awareness was reasonable.” That can happen, Dempsey suggests, when survivors have “suppressed memories of past sexual trauma or did not perceive themselves as experiencing sexual misconduct in the distant past, and yet now recall the abuse and/or finally recognize the conduct they experienced as wrongful”

Another way to think about the laches idea of sleeping on one’s rights focuses on power. When we think about what happens to victims of sexual violence or other forms of oppression, the idea of “sitting on their rights” covers a multitude of activities (or inactivities), some of which may be morally culpable, some not. For example, trauma can be expressed in ways other than not recognizing that one has been injured: it can come in the form of recognizing but not feeling capable of seeing through the criminal or moral process of calling one’s victimizer to account. Perhaps the survivor does not have access to the sorts of personal resources Hobbes calls the “faculties of the body and mind”; perhaps alternatively or in addition, the survivor is disempowered by lack of “riches, reputation, and friends” that the wrongdoer possesses.

When the balance of resources changes, either in civic society or through government, then perhaps so too does the power and perhaps the responsibilities of survivors. What the #Metoo/#TimesUp movements do (in part) is change the context in which survivors can speak up and call out. Before, survivors lacked allies who would protect them for calling out the wrongdoing, and social and legal institutions that would protect them from retaliation. #Metoo/#TimesUp creates a novel environment that hopefully empowers some survivors to speak up and challenge their wrongdoers.

A core way in which people push back against accountability is to argue that it is unfair to hold people responsible for past wrongdoing when “the rules have changed on them.” Dempsey notes that this is one way in which people defend the men who engage in misogynistic conduct or sexual assault, but it is a feature of a variety of forms of oppression. Her article usefully disentangles three ways in which oppressors argue that time’s passage renders irrelevant their past wrongdoing—it wasn’t wrong back then though it is now (justification); if it was wrong back then, then we all believed it wasn’t (excuse); and even if it was wrong and we knew it, you can’t prosecute me now (unaccountability). Dempsey’s article thus enables us to place the passage of time within the context of our central criminal defenses. Ultimately, she demonstrates that times’ passage may not create the ruptures that the guilty use to evade the consequences of their wrongdoing, but also that charting continuities between the present and the past may be more complicated than we sometimes think. The simple fact of (non)consent cannot be understood apart from the social, moral, and legal norms that structured the world in which that consent was given, and may explain why victims might wait so long before seeking accountability for the wrongs done to them.

For the most part, the United States legal system ignores the ways in which it has contributed to oppression in the past, and does so in the present, so that past oppression structures present harm. A theme of Dempsey’s work is that criminal prosecutors overestimate their power to protect survivors from harm, and underestimate the social costs they impose upon those survivors when they force them to come forward. Dempsey argues elsewhere that this is a failure of governance: it is how the state and society participate in the harm to survivors at the time of their injury and over time. Dempsey’s current article examines what happens when traumatized victims do come forward and are told that it is now too late. She powerfully argues that time does assuredly not heal all wounds, and that the criminal process’s inaction can impose some new ones of its own.