Un-“Civilized”: On the Criminalization of Raced and Gendered Poverty through Child Support Enforcement 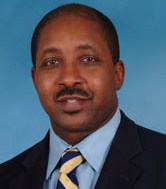 “I Do for My Kids” is a timely and thoughtful empirical exploration of racialized access to justice issues with within family courts. Why then, one might ask, should it provide the basis for a jot in the area of criminal law? The answer has to do with the punitive means some jurisdictions are utilizing to enforce the payment of child support obligations.

Using original research, including in-person, ethnographic observations and interviews at multiple sites, the authors detail how “[c]ivil incarceration pursuant to an order of contempt is commonly used as a remedy to enforce child support orders against indigent noncustodial parents.” (P. 3035.) In this work, Professor Brito and her co-investigators, paint a riveting but disturbing portrait of how low-income—and typically black—fathers must negotiate the demands of law and identity within the space of child support enforcement hearings.

This rich work operates on multiple levels. First, it serves as another example of how civil contempt proceedings and detentions have become increasingly punitive. Second, like the criminal justice system these civil proceedings appear to be mimicking, they deploy identity tropes and unreasonable expectations with regard to the means and opportunities of certain noncustodial fathers. As such, when civil incarceration is ordered, is often seamlessly tied to the race and class status of the obligors. Given the moral condemnation that attaches to “deadbeat dads” and the unbound nature of civil incarceration, these practices become another method punishing or “criminalizing” raced and gendered poverty.

The study referenced in the article investigates the operation of child support enforcement hearings in two states, and focuses upon civil contempt proceedings in State A. Incarceration for contempt in State A involves actions by child support attorneys and family commissioners culminating in recommending a circuit court judge issue a contempt order. Failure to comply with the order results in commitment to county jail, unless the contemnor can meet “purge” conditions. One such condition would be to bring a support arrearage current. Civil contempt proceedings require a determination that a person has “willfully violated” (P. 3036) an order to pay.

Even though the proceeding is civil in nature, willful violation operates as a criminal law mens rea term, with the obligor being found to have scienter of wrongdoing. And while we treat the jailing as if it is not punitive, this becomes another example—similar to certain administrative immigration detentions—of an uncomfortable overlap between civil and criminal deprivations of liberty. According to a forthcoming Seattle Law Review article on new forms of debt peonage by UCLA Law Professor Noah Zatz, “[I]n larger U.S. cities, a shocking 15% of African American fathers are at some point incarcerated for nonpayment of child support.” In one recent example involving disastrous consequences, when Walter Scott was killed while fleeing from an officer in North Charleston, SC, media reports indicate he feared being jailed pursuant to a bench warrant that had been issued because he owed $18,000 in back child support.

“I Do for My Kids” not only raises important questions about the nature and character of civil incarceration proceedings, it explores the racialized consequences that result from the ostensibly color-blind manner in which the proceedings are carried out. This stands as another way in which the civil process mirrors criminal practice. Much like in criminal proceedings, race is rarely, if ever, explicitly referenced in support hearings. The researchers, however, repeatedly observed mostly black men being brought in front of nearly all white judges and commissioners, to be chastised for failing to pay support. Although the fathers would routinely raise issues related to their inability to find work, these narratives were ignored in favor of commissioners and judges directing then toward ineffective jobs programs and requiring them to return later with payment or face civil contempt. (Pp. 3036-3044.)

The researchers tap into a set of rich dynamics in these interactions. First, the court actors seem to rarely listen to or really “see” the fathers. Second, they ignore the ways that race limits the fathers’ work options, especially for black fathers with criminal records. As Devah Pager’s excellent article, The Mark of the Criminal Record, supports, Blacks without criminal records are often less desirable employees than Whites with them.

Within these proceedings, then, “the specific challenges of Black men within the labor market become invisible.” (P. 3041.) Not only do family courts fail to sufficiently grapple with how race shapes the reality of these men, all of the legal actors become coopted in the colorblind narrative, such that counsel for the fathers rarely raise discrimination as an explanation for why a delinquent father has not located employment. As a result, these fathers are presented with a no-win situation: either find funds to pay—which most cannot without work—or be held in civil contempt (jailed). If one concurs that that there is little meaningful difference between civil and criminal detentions in terms of liberty deprivation, the family courts have effectively “criminalized” status.

While I was drawn to the article due to the breakdown it demonstrates between criminal and civil processes, it is also thoughtful and engaging research. For example, in addition to illuminating the disturbing practices within the hearings, the article makes claims about how blindly following colorblind leanings actually instantiates white norms. The existence of such norms, forces advocates on behalf of delinquent fathers to raise race considerations in oblique, indirect and ineffective ways.

To drive home this point, the article presents a particularly stark example in the form of the hearing in Mitchell v. Robinson. This case demonstrates how these proceedings erase reality in favor of a stock story. Not surprisingly, a similar phenomenon has been observed in the treatment of defendants in Chicago criminal courts during another long-term ethnographic project to be published by Stanford University Press in the next few weeks—Nicole Van Cleve, Crook County: Racism and Injustice in America’s Largest Criminal Court. In Mitchell v. Robinson, the chronically underemployed father is repeatedly instructed that he needs to get a job. The Court ignores the reality of his difficulties in gaining employment. Instead, he is described as someone needing to do better and more. Speaking out of turn, he announces in court, “I do for my kids,” then describes how he panhandled to afford a gift for his daughter—support which the court does not recognize. In this exchange, we see the power of this work. In a single moment, it marks the court’s erasure of the father’s challenges, but also his resistance to that move. I observed a similar phenomenon a decade ago in my article Black Women’s Stories and the Criminal Law, 39 U.C. Davis L. Rev. 941 (2006), where I described the criminal prosecution of my own grandmother being partially based on her status as a black woman on welfare. In uncloaking such court practices and the resistance they engender, Brito and her co-authors add to our understanding of the connections between race and access to justice issues, both in the civil and criminal context.

This is first-rate sociolegal work on a number of levels. First, it is multidisciplinary, featuring researchers trained in family law (Brito), educational policy (Wong) and social work (Pate), engaging in exciting and important field work. Second, the work leverages multiple literatures, to explicate the inner-workings of family court proceedings and enhance our understanding of how social identities inform one’s treatment in legal domains. As such, and in a manner that signals respect for the burgeoning empirical methods and Critical Race Theory (e-CRT) movement, within their analysis they borrow key insights from CRT and studies of legal consciousness. Finally, this work reinforces claims about the illusory nature of rights that were important to the agendas of legal realists and Critical Legal Studies (CLS) scholars and that have been central to CRT and sociolegal research. For example, in his foundational article Legitimizing Racial Discrimination, CLS scholar Alan Freeman demonstrated how U.S. Supreme Court decisions used anti-discrimination doctrine to instantiate inequality.

Here, the researchers similarly demonstrate how the colorblind rhetoric deployed within civil contempt and other child support proceedings actually deepens racial subordination and inequality. It is also through this type of insight that they signal the porous boundary between civil and criminal processes, both in the treatment of their legal subjects within the proceedings and the disparate and punitive nature of the outcomes.