A Case Study for Understanding Prison-Reform, Its Advocates and Its Critics 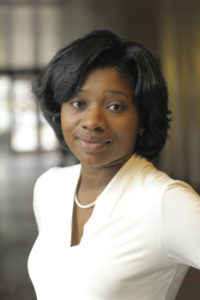 With the recent national attention given to concerns about mass incarceration, lengthy prison sentences and atrocious prison conditions, it appears that we have entered a wave of prison reform—once again. But perhaps we believe it to be different in kind or degree from the sort of reformist movements we have had in the past. We might believe that today’s areas of focus—overcrowding due to three-strikes laws, concerns about the treatment of juvenile offenders, the roles of race, ethnicity, poverty and mental health as factors in determining prison demographics, the prevalence of sexual assault and violence in prions, the defunding of rehabilitation and re-entry programs—are new or unique. In Coxsackie: The Life and Death of Prison Reform, historian Joseph F. Spillane exposes the cyclical nature of prison reform debates along with a close examination of the failure of the American reformist movement of the early to mid-1900s. Relying on primary documents that included legislative discussions, periodical accounts, correspondences between key political actors, and primarily prison records, Spillane carefully reconstructs the events that influenced first the construction and later the of management of New York State’s Coxsackie Correctional Facility. Coxsackie (pronounced “cook-sock-ee” according to Spillane), opened as a then-modern vocational reformatory for adolescents in the 1930’s at the height of the progressive prison reform movement in New York but within decades spiraled into a now-modern maximum security warehouse for inmates rife with violence and brutality.

Like a lot of good history books, Spillane’s account depicts the past while helping to explain the present and is a must-read for anyone who cares deeply about prison reform and wants to avoid (or at least understand) common pitfalls. In his depiction of the pendulum swings characteristics of prison reform movements, Spillane begins with what were the triggering events in the 1920’s and 1930’s. According to Spillane, prisons generally suffer from inattention until a “focusing event” raises public awareness or fear. In the 1920’s and 1930’s, prison riots provided a political tipping point presenting the education reformers with an opportunity to advocate for change. Then-reformers blamed idleness, prison overcrowding and draconian four-strikes mandatory life Baumes Laws (little did they know that three-strikes would later became the norm!) for the riots.

This view, and what to do about it, was part of the New Deal era thinking. New rehabilitate service-oriented vocational facilities were to be financed in part by the WPA. Coxsackie was built as one of the first of its kind—a prison without walls, at the end of a quarter-mile long driveway, flanked by open fields, on a tree-lined campus where visitors were ushered into an administrative complex. (P. 49.) I found some photographs of the facility online (today it’s surrounded by tall wire fences) and it looks architecturally more like a distinguished private school building than the cement-block lightless warehouses characteristic of more recently-built prisons.

More important than its physical structure, Coxsackie was distinguished by its programming and staff. The Coxsackie experiment was premised on the notion that offenders could be educated and rehabilitated. Reformers insisted that Coxsackie and similar institutions be staffed and organized with this rehabilitative mission in mind. A Division of Education was created within the Department of Corrections and 86% of the inmates were enrolled in educational problems or likewise. Service and treatment programs were a mainstay of the institution and eventually were integrated in parole and release decisions. The reformers succeeded in championing a system, backed by legislation that was focused less on conservative concerns about coddling prisoners and more on liberal concerns about rehabilitation and re-entry.

So what happened to Coxsackie—and by extension to prison reform? By the 1970’s, this reformist gem devolved into a maximum security, violent, highly racialized, resource-poor, over-crowded institution that has become emblematic of the mass incarceration problem in the United States. Among other things, Spillane’s account blames its underfunding—nearly from its inception—for undermining its mission. Prison politics, several wars, and financial crises and social revolutions changed the debate and the grounds on which prison reform was understood. Furthermore, prison life was not exempt from the racial strife and racism that plagued in a newly integrating (or at least desegregating) society. A focus on law and order permeated and led to a reinstitution of the notion that “a prison should be a place of fear, not hotel.” This all sounds too familiar.

Spillane’s meticulous account of one of the most optimistic efforts in prison reform provides us with a tragic sense of deja-vu as we think about which innovations have failed in the past. Yet Spillane ultimately exposes a key difference between past reformers and today’s reformers. He described the evolution of Coxsackie as not merely a failure of prison reform but a failure of progressivism. Today’s debates over rehabilitation have become fixated “on ‘objective’ measures of success, especially recidivism rates.” Spillane sees this as fighting the anti-reformists on their own turf. He invites us to recall some of the non-quantifiable justifications for the older progressive vision of prison reform that emphasized “humanity, compassion and communication” as inherent virtues. Even when educational or treatment efforts have succeed on recidivism grounds, conservative critics have attacked them for conferring undeserved benefit on undeserving offenders. Perhaps the next wave of prison reforms should be more explicit about identifying its measurable and non-measurable impact on society and on those it incarcerates.

Cite as: Margareth Etienne, A Case Study for Understanding Prison-Reform, Its Advocates and Its Critics, JOTWELL (October 7, 2015) (reviewing Joseph F. Spillane, Coxsackie: The Life and Death of Prison Reform (2014)), https://crim.jotwell.com/a-case-study-for-understanding-prison-reform-its-advocates-and-its-critics/.